A few people are born resilient. Elizabeth Murray is one of them. Her parents were cocaine addicts who spent most of the family’s money on feeding their habits. Liz explains that as a result, she and her sister were neglected. The girls often lacked food and warm clothes. By age 15, Liz was homeless.

Her mother had died of AIDS, and her father was on the streets. Liz made a vow to herself after her mothers death that her life would be different. She refused to end up like her mom and decided that the best way to avoid that fate was to go back to school.

She adhered steadfastly to her plan. She excelled in her high school courses in an accelerated two-year program, won a highly competitive New York Times scholarship for needy students, and gained acceptance to Harvard University.

Liz describes her childhood apartment as a dismal and dirty place. Drugs were ever present. "It would be common for me to go into my kitchen and see my parents shooting drugs into their veins," she says. "When they were done, there was blood spots all along the walls from where they had missed veins." Her parents were so desperate for a fix they would sell anything they could for a few extra dollars. Liz once woke up and found that her mother had sold her sister’s winter jacket. Murray was the only member of the family who had a job. At age 9, she started bagging groceries and pumping gas.

When Liz was 10 she was told her mother had AIDS. In the years that followed, as her mother struggled with full-blown AIDS and tuberculosis, Liz helped care for her. When her mother died in 1996, Liz says the impact of that loss became a turning point in her life. Something in her shifted, and she figured out what she needed to do. "I connected the lifestyles that I had witnessed every day with how my mother ended up," she says. "And if there was anything that I could do about it, that would not happen to me. So I wanted to get back into school. But, mind you, I was homeless." Despite dismal grades, Liz was accepted at Humanities Preparatory Academy, a public high school. The school did not know she was homeless. She plunged into her studies and took a double load of courses. Despite the fact that she had no home and studied in a stairwell, Liz thrived in school. The experience was everything she hoped it would be. She loved learning.

Liz Murray applied for a New York Times scholarship offered to needy local students. She had never read the paper, but the scholarship seemed perfect. The Times was looking to make a difference by helping kids who had overcome obstacles. Her story apparently came through loud and clear. Last March it was announced in the paper that she had won the scholarship and would receive $12,000 for each year of college. The stories, about the winners, also touched a chord in other New Yorkers. Readers of the New York Times were so moved they donated an additional $200,000, enough for 15 more scholarships.

Liz will use her scholarship money to study at Harvard University. She says when she visited the campus with her high school, she decided that attending Harvard was a goal within her reach. "Why can’t this be mine if I really want it? What makes everyone else in this place different?" she asks. Harvard agreed that Liz Murray belonged at the university and accepted her as a member of the class of 2004. Her reaction to the acceptance letter was to scream with delight. "I felt like I had wings. I felt like I could do anything, she says."

When she looks back on where she has come from and the burdens her parents gave her, Liz says that she is neither bitter nor angry. Despite all their deficiencies, she says she feels her parents made her feel loved. And she understood, from an early age, that they had a disease that prevented them from giving her more than they did. She misses having her family together. And her father, with whom she is now close, has developed AIDS. Liz says she doesn’t feel like she has moved past the events of her childhood, rather they’ve stayed with her and are part of everything about who she is. She has learned from her experiences and makes use of the lessons.

Liz Murray’s experience was made into a Lifetime movie, From Homeless to Harvard, in 2003. Additionally, she wrote a memoir in 2011, Breaking Night. Visit Liz’s Facebook Page. 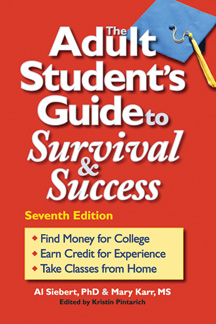